I have so many cookbooks, I could have my own mini library. Just to clarify I hardly cook from them yet ask for a new one every Christmas (Lorraine Pascale and Hugh Fearnley-Whittingstall are on this year’s list FYI). Say what you like about celebrity chefs, they have made food seem more accessible and attainable to the everyday person. So I thought it would be fun to do a series where I try a recipe from one of their books or TV shows and tell you guys how it faired. 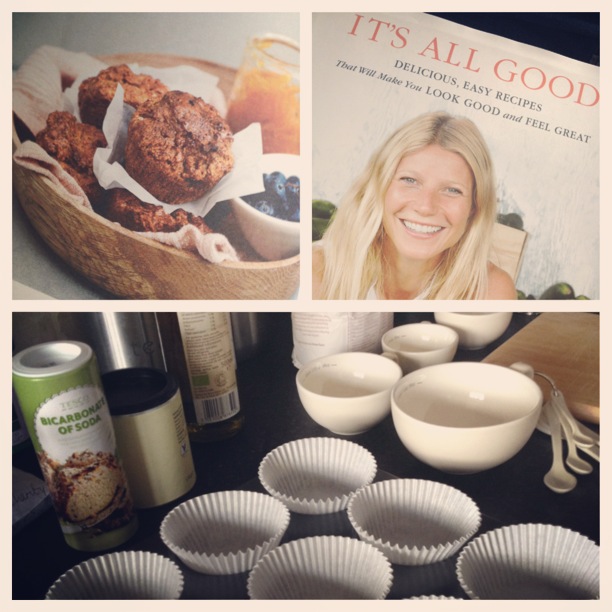 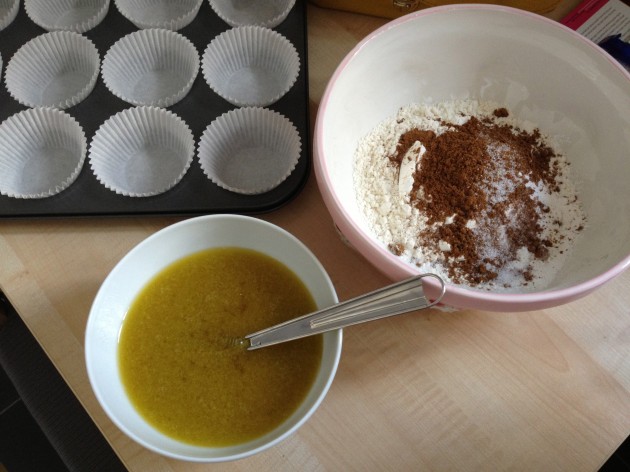 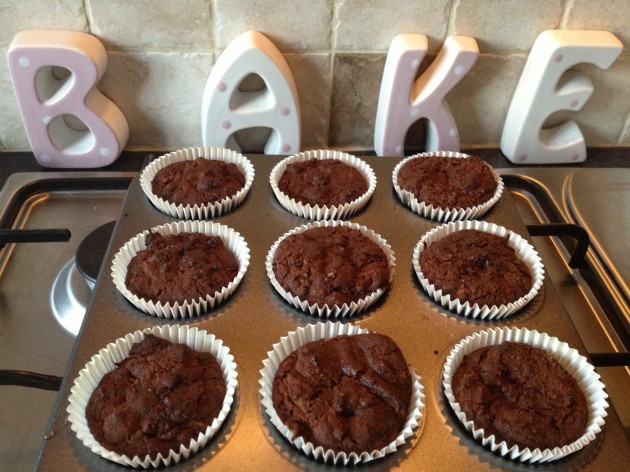 I have a total girl crush on Gwyneth, at times I feel she might be my spirit animal. I was obsessed with picking up this book when it came out, I have her previous book Notes from my Kitchen Table. This recipe had a lot of traction on quite a few websites I peruse and looked pretty promising. Now I’m not sure if the American cups to grams ratio wasn’t calculated properly (a few websites had altering figures from the book) or if it was because I didn’t use level spoons of Five Spice deciding instead to just heap it in, but these were…NASTY. With every single free from you can think of, I wasn’t sure how I expected them to taste but they did NOT live up to expectations. They are not chocolate muffins even if they look like it. It was more a case of bite in – spit out. The only thing I was proud of was that they rose evenly and were lovely and moist. The flavour left more than to be desired. 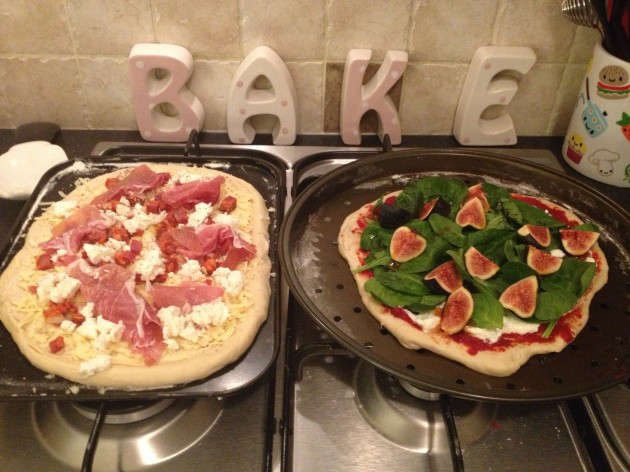 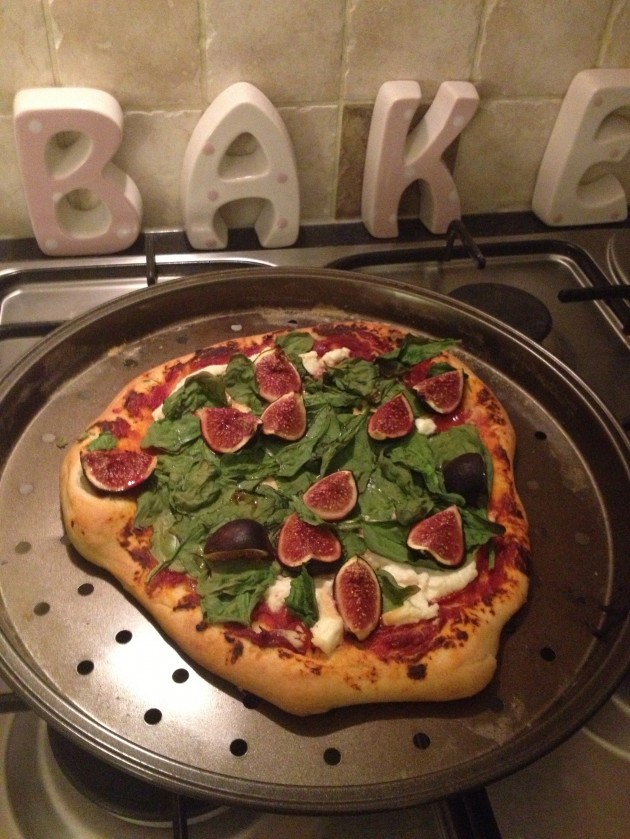 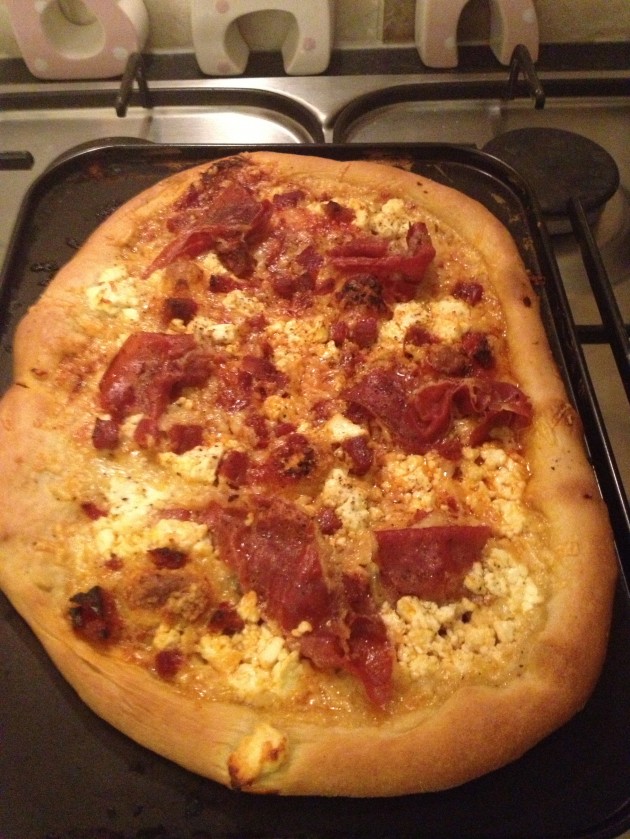 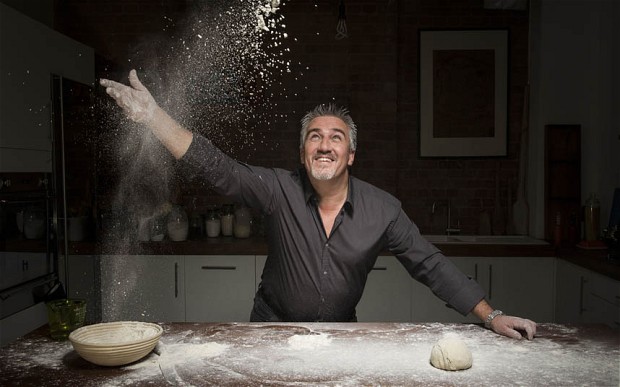 Look at him all happy throwing flour in the air! Pffft!

This silver haired fox enticed me in with his refined Liverpool accent and promise that bread making was simple, just a few ingredients then BAM! Well let me say that it was watching the TV show that made we want to try making the pizza dough, it looked so easy. And having watched the series, Hollywood insisted that all those myths about using warm water for bread were ‘ridiculous’. So what did I do?! I used cold filtered water from the fridge, which kerplunked my yeast into oblivion so it was never to rise again. Not my best kitchen moment (I cried, which I think sent Chris into crisis mode). The dough rose a little but not enough. So that meant when I cooked the pizza it was a little doughey, but nothing a few ingredients couldn’t cover up. Cheese, Chorizo and Prosciutto for the boy and Fig, Spinach and Ricotta for me.

My obsession with The Great British Bake Off earlier this year, means that I’m hankering after baking of some kind. Currently I have ‘soggy bottom’ fear but I’ve decided this won’t stop me. I will bake a cake, and conquer my fear. Where’s Bezza when you need her eh? 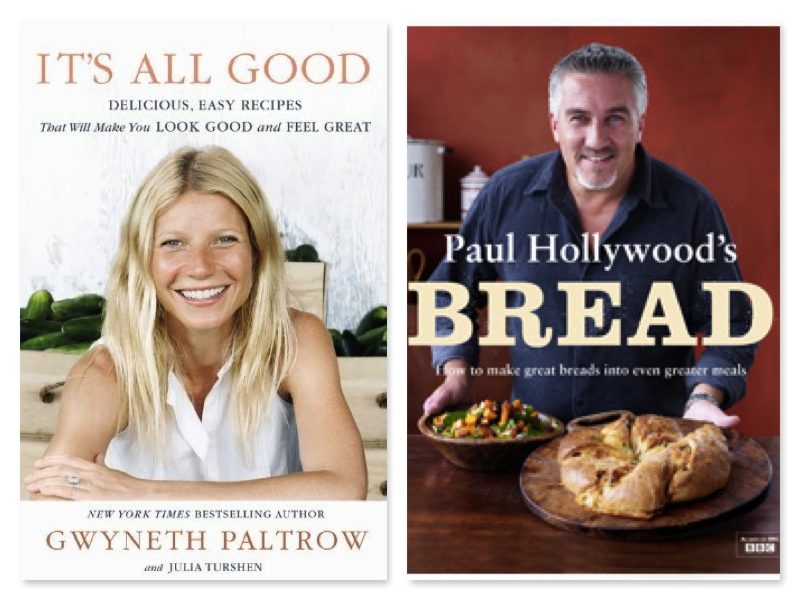