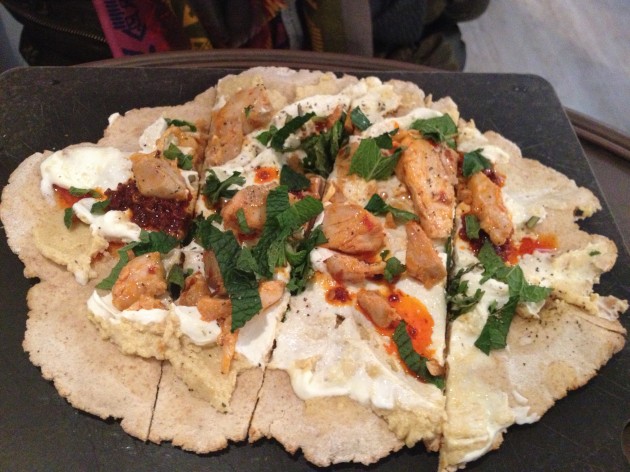 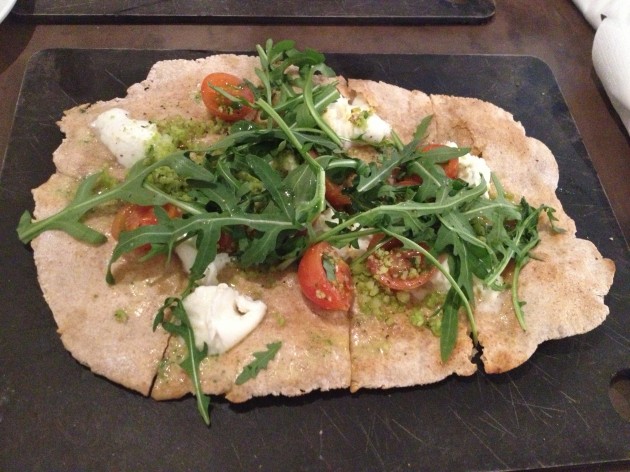 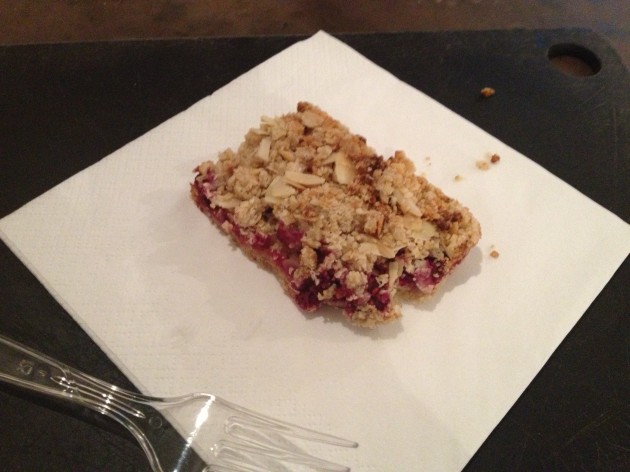 The sentence ‘Organic English Spelt Flatbreads underneath a pile of goodness’ really appeal to the inner Gwyneth Paltrow in me. Whilst enquiring about where to go for lunch in London, a friend gushed about Flat Planet and insisted I pay a visit. So in between appointments for work I popped in to see what all the fuss was about.

Well the fuss was justified in this instance. The decor maybe distinctively hipster and nonchalantly cool, almost a little try too hard (although I quite like it), but the food isn’t. The food has a remarkably ‘does what it says on the tin’, satisfying edge to it.

My friend chose the Moroccan spiced Chicken Flatbread with hummus, labneh (soft cheese made from yogurt), rose harissa and a sprinkle of mint. From the silence that overcame the table it must have been good.  I opted for the homemade still lemonade, just the right amount of sweetness with a tang to it, and the Buffalo Soldier Flatbread. Basil and Parmesan pesto crumbs with a little bit of garlic butter mixed with mozzarella, cherry tomatoes and lots of rocket. I declined picking it up with my hands and instead attempted using my cutlery…don’t do this. Throw caution to the wind and chow down on the stuff with your hands.

You can eat in or takeaway at Flat Planet, perfect for those wanting to take it back to the office or on-the-go. Prices vary depending on eat in or takeaway but its really reasonable and affordable for a lunch that fills you up. It’s also open relatively late some nights until 10pm, which is great for those who have been out for early drinks with friends and maybe want a light dinner too.

After anything savoury I always crave something sweet. Warm Raspberry Oatie you say? Don’t mind if I do. Now it wasn’t as sweet as I was expecting, probably because it was made with labneh and agave nectar. Still delish though. Flat Planet is a great find and I would highly recommend it as a great pit stop in between shopping on Oxford Street or Carnaby Street.

All those healthy treats and great meals in one place, Gwynnie would be proud. 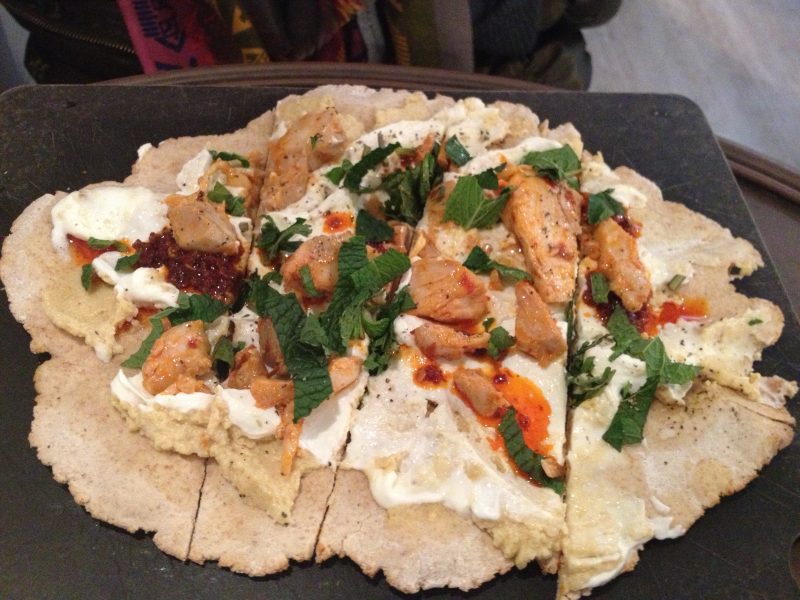